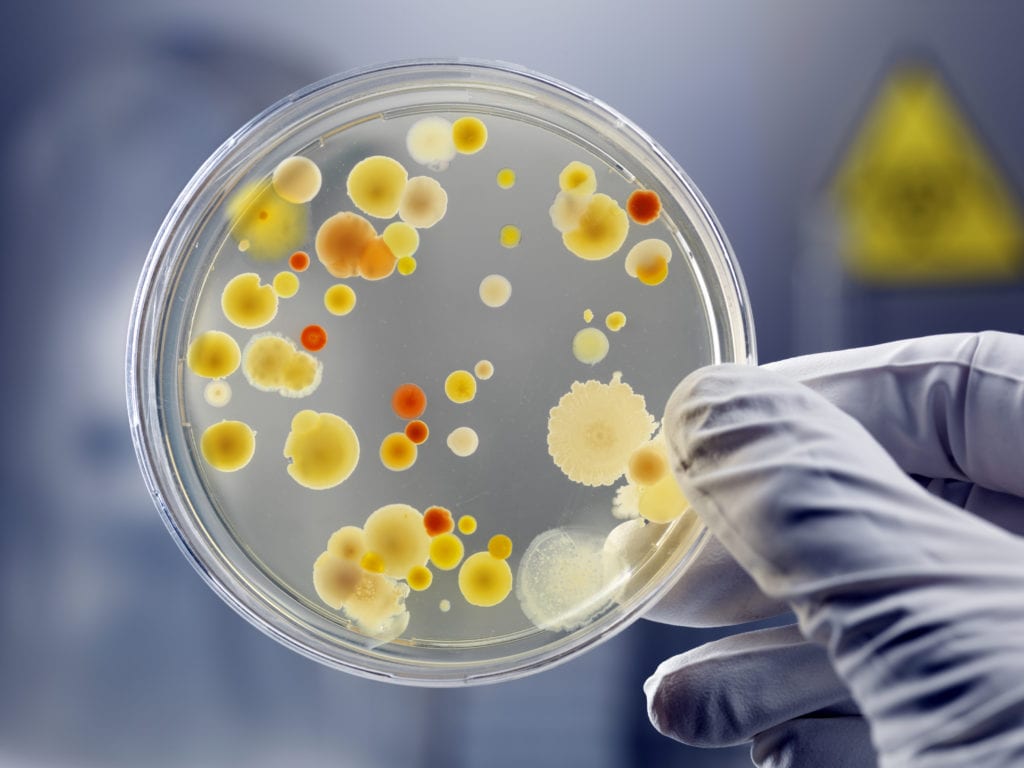 Researchers in Ireland have developed a bioinspired antimicrobial treatment that can rapidly kill drug-resistant bacteria. The treatment consists of iodo-thiocyanate complexes, which are inspired by enzymes and reactive molecules produced by our immune system.

Microbial resistance to antibiotics and biocides is increasing, and our ability to effectively treat bacterial infections and contamination is under threat. It is important that scientists develop new antibiotic drugs, but we also need new strategies to deal with bacterial contamination that are not reliant on antibiotics.

“The rise of ‘superbugs’ leaves the clinical community with a rapidly dwindling number of options to treat infectious disease and to prevent the spread of resistant bacteria in, for example, hospital settings,” explains Professor Vincent O’Flaherty of the National University of Ireland Galway, co-corresponding author on the study, published in Frontiers in Microbiology.

Hospital-acquired infections are a major concern for elderly or infirm patients. When the infection is antibiotic-resistant, serious illness or death can result. Bacterial contamination can occur on medical devices, such as catheters, which are embedded in patients. Bacteria tend to aggregate on these implants and form slimy layers called biofilms, and biofilms can also form on chronic wounds, impairing wound-healing. Biofilms are particularly resistant to decontamination strategies.

Frontiers says that with this in mind, the researchers set out to develop an effective antibacterial treatment, drawing their inspiration from naturally-occurring peroxidase enzymes that play a role in immune defense against bacterial infections. Peroxidases can produce highly reactive oxidized molecules in the presence of hydrogen peroxide. Naturally present in bodily secretions such as saliva, milk and tears, these highly reactive substances can cause damage to bacterial cells, resulting in their death.

However, enzymes are expensive and impractical to produce in the quantities required for a widely useable antibacterial treatment. So, the researchers came up with an enzyme-free system consisting of hydrogen peroxide and two oxidizable substances, iodide and thiocynate. These iodo-thiocyanate complexes produce highly reactive anti-microbial substances, without a peroxidase enzyme.

The team tested the complexes’ ability to kill a variety of bacterial strains, including MRSA, an antibiotic-resistant strain. To do this, they treated the bacteria in cell suspensions, where the bacterial cells float freely, or in biofilms. They also tested if the bacteria became resistant to the complexes, by incubating them with small doses over time.

The complexes caused rapid bacterial death in all the tested strains, in some instances killing the bacteria within thirty seconds, even in small doses. They could kill both free-floating bacteria and those in biofilms, suggesting that they could be used for decontamination in a variety of situations. Finally, the complexes were also effective against MRSA, and the tested bacteria did not develop resistance over time.

Antibiotics often work by targeting one specific site in a bacterium. By including two oxidizable substances, the complexes produce a cocktail of antimicrobial molecules, damaging multiple bacterial sites simultaneously. This means that bacteria are unlikely to develop resistance to the complexes.

The team hope that the complexes could be applied as a disinfectant or even used to directly treat infected wounds. “We will need to assess the safety and suitability of the complexes for use in, or on, humans,” says O’Flaherty. “We also need to develop delivery systems to deploy the treatment in a variety of settings that are currently affected by antibiotic-resistant bacteria.” The list of potential applications includes pre-surgery skin washes, disinfection of hospital surfaces and instruments, wound care, treatment of ulcers, and decontamination of medical devices.