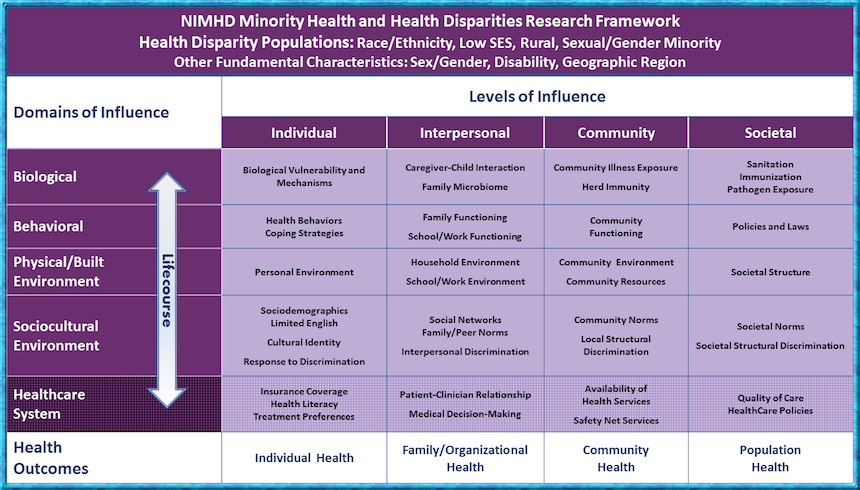 While progress has been made in recent years to address existing inequities in health care and research among minorities; health disparities persist. The National Institute on Minority Health and Health Disparities (NIMHD), part of the National Institutes of Health, seeks to improve the health status of minorities and other health disparity populations.

“Increasing the number of investigators studying diseases that disproportionately affect racial and ethnic minority populations is a key focus for NIMHD,” said NIMHD Director Eliseo J. Pérez-Stable. “This award provides opportunities for investigators who are early in their careers to conduct studies that we hope will help advance the science of minority health and health disparities.”

The award is named in honor of former NIMHD Scientific Director, Dr. William G. Coleman Jr., the first permanent African American scientific director in the history of the NIH Intramural Research Program. Coleman was known as a proponent of mentorship, and dedicated much of his time to training future scientists – particularly around disparities research.

The application was made available to postdoctoral fellows, staff scientists, and staff clinicians under the mentorship of either NIMHD intramural or NIMHD adjunct intramural investigators. Applicants were required to present a three-page proposal, central hypothesis, detailed specific aims, and a discussion of the expected outcome and possible anticipated pitfalls to the approach.

Moreover, researchers were asked to include a description of how successful completion of the proposal will influence the advancement of the science of minority health and, or health disparities.

The awardees are as follows:

Dr. Tracy M. Layne is a postdoctoral fellow at the National Cancer Institute. She received her M.P.H. at the Boston University School of Public Health with a concentration in epidemiology. Dr. Layne then completed her Ph.D. as part of the Yale-National Cancer Institute Partnership Training Program in Cancer Epidemiology in the Division of Cancer Epidemiology and Genetics.  Her project “Prospective Metabolomic Profiling and Prostate Cancer Risk in African American Men,” seeks to identify the biochemical characteristics of prostate cancer in African American men that may contribute to their excess disease burden. According to the Centers for Disease Control and Prevention(link is external), African American men have the highest incidence rate, and are more likely to die from prostate cancer than any other racial or ethnic group.  Research also shows that African American men experience more aggressive forms of disease and at younger ages.  Despite these long-standing disparities, this population remains an under-studied, high risk group.  Further research is needed to bridge the gaps in our understanding of this disease among African American men.

Dr. Candace Middlebrooks is a postdoctoral fellow at the National Human Genome Research Institute. She obtained a M.S. degree in Natural Science from the University of Buffalo and a Ph.D. in Genetics and Molecular Biology at Emory University where she performed research in the field of Genetic Epidemiology. Her project “Investigation of Genetic Risk Modifiers of Leg Ulcer Development in Sickle Cell Patients Using Whole Exome Sequencing and Microbiome Characterization,” will examine the germline whole exome sequences of the INSIGHTS study patients who have, or do not have leg ulcers – to identify genetic variation that may contribute to increased risk for leg ulcers.  Leg ulcers are a common and disabling complication of sickle cell disease (SCD), which is an inherited blood disorder that is present at birth and affects approximately 100,000 Americans. One in 13 African American babies(link is external) is born with the sickle cell trait (SCT), meaning they carry a single gene for SCD and can pass it along to their children; however, trait carriers usually do not have symptoms of SCD and live a normal life.

Dr. Melanie Sabado is a postdoctoral fellow at NIMHD. She earned her Ph.D. in Health Promotion Sciences with a focus in Community and Global Health from Claremont Graduate University. She received her M.P.H. with a concentration in Health Promotion and Disease Prevention from California State University, Fullerton. Her project “Assessment of Mental Health Behaviors and Stigma Among Young Adult Pacific Islanders,” will explore young adult Pacific Islander needs, attitudes, and beliefs regarding mental health and factors that encourage or hinder their participation in health care services, access, and utilization.  Over 2.2 million of the Asian American-Pacific Islander population had a diagnosable mental illness in 2014. Mental health disparities are understudied and underrepresented among Pacific Islander communities, where a better understanding about cultural stigma, as well as other barriers to seeking treatment and access to care can begin to provide insights toward better outcomes.