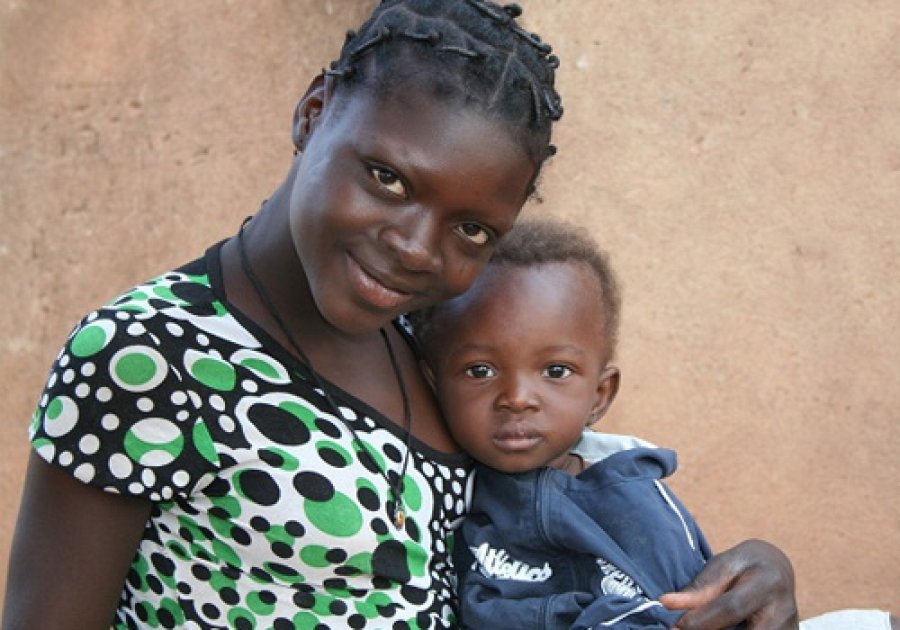 Interventions which educate and support new mothers in West Africa to exclusively breastfeed (where infants are only fed breast milk) can significantly increase the practice, according to new research published in The Lancet Global Health.

In a randomised trial of new mothers in Burkina Faso, led by the London School of Hygiene & Tropical Medicine (LSHTM), women who received interventions designed to improve rates of exclusive breastfeeding reported that they were 70% more likely to exclusively breastfeed than women who did not receive the intervention.

Exclusive breastfeeding, when an infant receives only breast milk without any additional food or drink, provides babies with the right proportion of nutrients and antibodies essential for health and survival. The benefits of exclusive breastfeeding are well documented and it is associated with a reduction in common childhood illnesses such as diarrhoea and pneumonia .

In Burkina Faso, as in most of West Africa, many women breastfeed, however relatively few exclusively breastfeed. This is associated with strong cultural norms such as supplementing an infant’s diet with water or a local thin porridge, known as bouillie. These additional foods often do not meet the nutritional recommendations for infants.

The intervention, designed by the Alive & Thrive initiative, included community mobilisation and enhanced training of health workers in interpersonal communication, such as the provision of educational materials and working closely with families. The additional support was then available to mothers in both health facilities and at home. Together the interventions were designed to improve knowledge, beliefs, and skills around breastfeeding to improve outcomes.

Increasing exclusive breastfeeding is important in low-income settings. Burkina Faso has high rates of infant mortality, of which poor nutrition is a contributor. Recent data from the Demographic and Health Survey shows that:

In the new study researchers allocated women from local villages in Burkina Faso to two groups – one control group receiving no additional support, and one intervention group receiving a package of support designed to increase exclusive breastfeeding and improve infant feeding.

More than 4000 women participated in the study and they were eligible to participate if they had given birth in the previous 12 months.

After 20 months of implementation the reported prevalence of breastfeeding was 70% more likely among women who received interventions compared with women who did not receive the intervention.

Jenny Cresswell, Assistant Professor and lead author from LSHTM, said: “Our findings demonstrate that interventions to increase rates of reported exclusive breastfeeding can be delivered at scale in low-income settings, improving knowledge, beliefs and the self-reported practices of mothers. “Few studies have explored the impact of such interventions in low-income settings, so these are important findings that could significantly improve the health of infants.

“What we need to do next is conduct a cost-effectiveness analysis to assess whether it is feasible for interventions like this to be rolled out in areas like Burkina Faso.”

Several systematic reviews have shown that multi-dimensional interventions including both health facility-based and community-based components taking place over an extended period (covering both pregnancy and postpartum) are most effective in increasing exclusive breastfeeding rates.

Veronique Filippi, Professor of Maternal Health and Epidemiology and co-author from LSHTM, said: “The Alive and Thrive intervention that we tested was extremely comprehensive and our monitoring showed a considerable volume of activity during the study period.

“The system of supportive supervision used was designed to improve the quality of interpersonal communication with mothers, equipping all health centres with enhanced communication tools. These included counselling cards, posters, and leaflets with short messages on breastfeeding – all of which mothers could take home.

The authors acknowledge the limitations of their study, including that the findings might have been influenced by social desirability bias.

The research was part of Alive & Thrive, a global initiative to save lives, prevent illness and ensure healthy growth and development through improved maternal nutrition, breastfeeding and complementary feeding practice. Alive & Thrive designed the intervention used in the study and implemented it working with local partners on the ground.

Women Should Be Offered a Choice of Treatment Options for Miscarriage, Study Shows