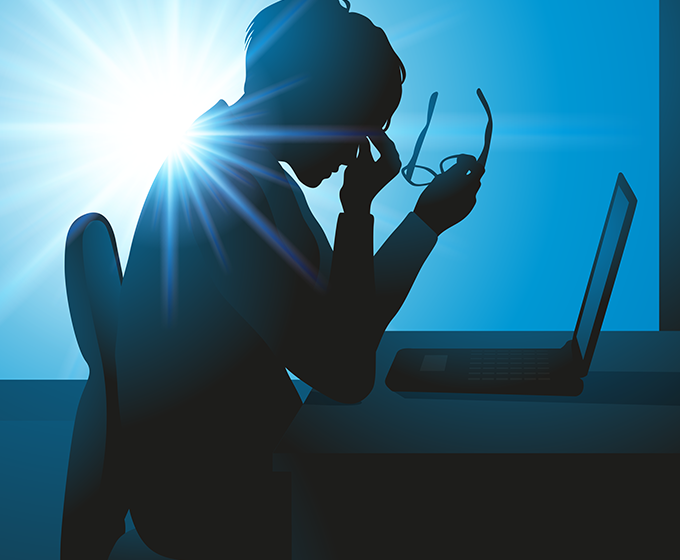 The physical and mental sensations we associate with feeling sick are a natural biological response to inflammation within the body. However, the strength and severity of these sensations go beyond biology and may be affected by gender, ethnicity and various social norms we’ve all internalized. These are the latest research findings, according to social scientists at UTSA, who have discovered a link between a person’s culture and how one classifies being ill.

Social scientists think that a person’s values may shape internal views on “socially appropriate sickness.” This has implications for how different individuals may take more action in dealing with illness rather than spreading further disease.

Eric Shattuck, a biological anthropologist with UTSA’s Institute for Health Disparities Research; sociology professor Thankam Sunil, who is director of the IHDR; and Xiaohe Xu, chair of UTSA’s Department of Sociology, found that sickness expression is affected by gender, income and cultural values.

Specifically, study participants who (1) earned less than the U.S. median household income, (2) claimed to be stoics with a high tolerance for pain or (3) had symptoms of depression were more likely to express being sick. In men with stronger family bonds, feeling sick was also more likely to be reported.

“It’s ironic. You think that being a stoic would mean that you are more likely to be reserved, but according to our survey, it has the opposite effect,” said Shattuck. “Stoics could own up to being ill as a bragging right and maintain a disease for longer than is necessary.”

According to the researchers, stoics–regardless of gender–and individuals with household incomes lower than $60,000 were more likely to claim being ill.

“In regard to lower income levels, perhaps those individuals were more likely to claim to have been sick because they didn’t necessarily have the means to seek medical attention and, therefore, symptoms became severe,” added Shattuck. “This perhaps made them remember the illness.”

The researchers also pointed that men with stronger family ties were more likely to report stronger sickness sensations over the past year.

“It could be that family support allows men to feel more cared for and therefore rely on that social safety net,” said Shattuck.

The researchers analyzed the self-reported surveys of 1,259 respondents who claimed to have been sick with influenza or the common cold in the past year. Participants were also asked to rate their current feelings of sickness from “not sick” to “severely sick” using a Likert-type scale in order to control for any possible compounding effect.

Sickness behavior, including lethargy, social withdrawal and appetite changes, is “one of the responses that all living creatures from ants to bees to humans seem to have in common. Yet socioeconomic and cultural norms play a part with us,” said Shattuck. “For example, other researchers have shown that the majority of individuals who work in many fields, including medicine, are often likely to show up to work while being sick. If you think about it, this is about work culture and it has consequences.”

The next step for the researchers is to repeat the study with individuals who are actively sick versus those that had to recall an illness. Areas of future investigation will explore how the severity of an illness affects reporting being sick.

“Maybe people are more comfortable reporting being sick when it’s a common cold,” Shattuck said, “but what about those stigmatized infections, such as HIV. What about the coronavirus? How are infectious diseases claimed using a cultural or economic lens?”