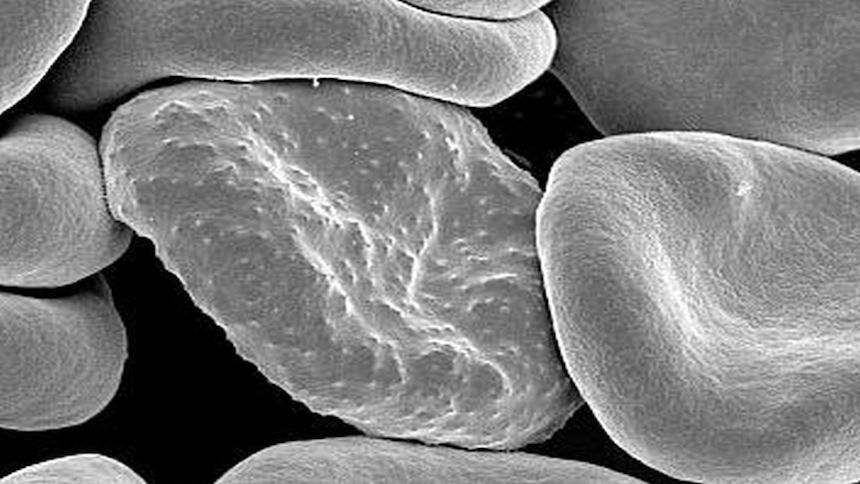 The deadliest malaria parasite needs two proteins to infect red blood cells and exit the cells after it multiplies, a finding that may provide researchers with potential new targets for drug development, according to researchers funded by the National Institutes of Health. Their study appears in the latest issue of Science.

Plasmodium falciparum, the species of parasite that causes the most malaria deaths worldwide, has developed drug-resistance in five countries in Southeast Asia.

In the current study, researchers sought to uncover the role of plasmepsins IX and X, two of the 10 types of plasmepsin proteins produced by P. falciparum for metabolic and other processes. They created malaria parasites that lacked plasmepsin IX or X under experimental conditions and compared them to those that had the two proteins.

The researchers also identified three experimental malaria drugs that may work by targeting plasmepsin X. One drug, called CWHM-117, has already been tested in a mouse model of malaria. The new findings may help researchers modify CWHM-117 to make it more effective. Furthermore, parasites lacking the plasmepsins could potentially be used to screen candidate drugs to identify additional anti-malaria compounds.