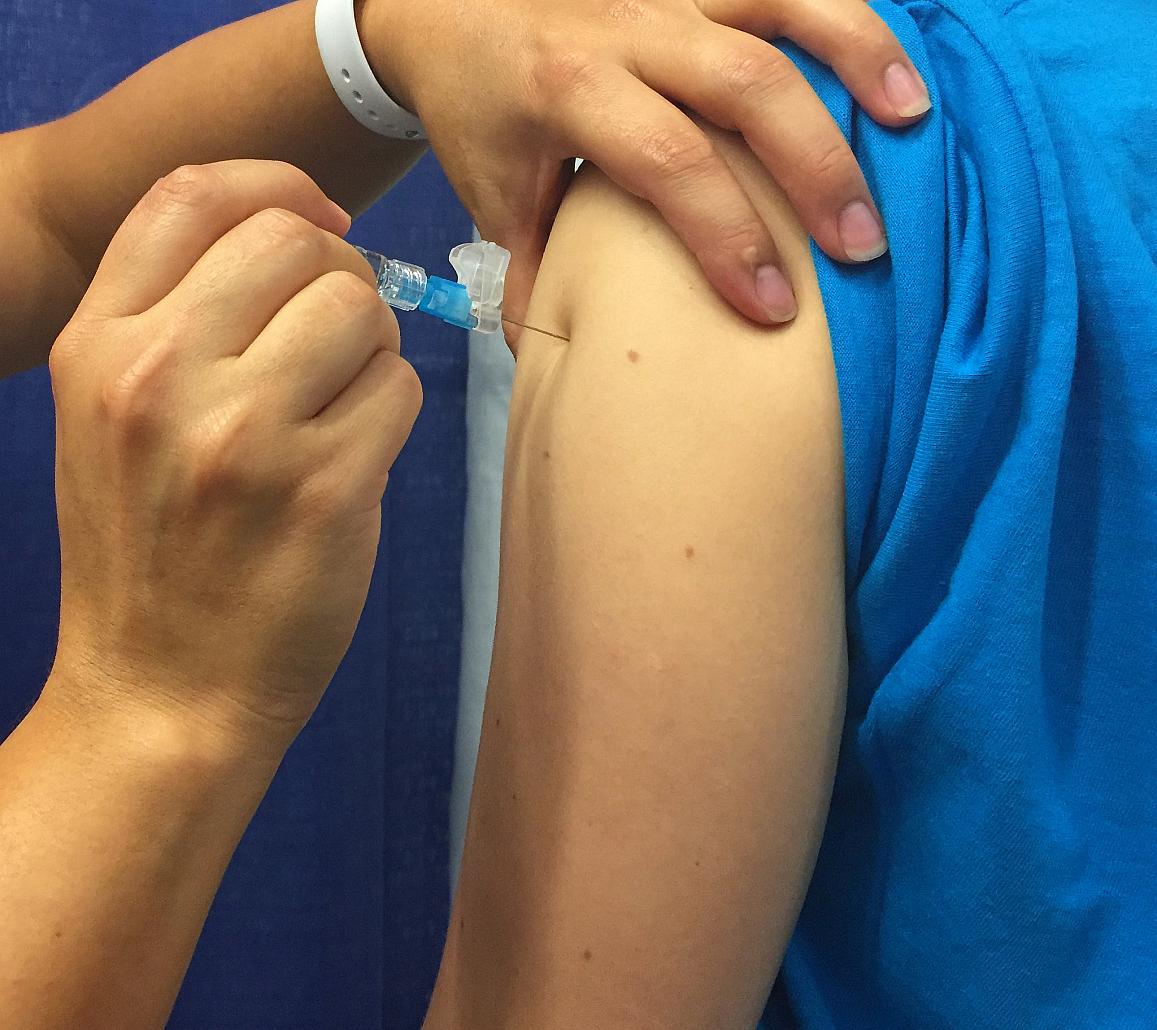 Two new clinical trials testing an experimental vaccine to prevent influenza caused by an H7N9 influenza virus are now enrolling volunteers at sites across the United States. The Phase 2 studies, sponsored by the National Institute of Allergy and Infectious Diseases (NIAID), will test different dosages of the inactivated influenza vaccine candidate (called 2017 H7N9 IIV) as well as different vaccination schedules. The studies also will evaluate whether an adjuvant boosts the immune responses of people receiving the vaccine.

H7N9 is an avian (bird) influenza virus first reported in humans in 2013 in China. Since then, six waves of H7N9 infection have occurred in China, resulting in more than 1,500 cumulative human infections, according to the World Health Organization. No human cases of H7N9 influenza have been detected to date in the United States. Currently, the virus does not spread easily from person to person; rather, people typically become infected through direct exposure to infected poultry or contaminated environments. However, if the virus mutates and becomes easily transmissible between humans, it could result in an influenza pandemic because most people have little to no immunity to it. H7N9 has a high mortality rate, resulting in death in 39 percent of those who became infected.

“As we experience one of the worst seasonal influenza epidemics in recent years here in the United States, we also must maintain a scientific focus on novel influenza viruses, such as H7N9, that have the potential to cause a pandemic,” said NIAID Director Anthony S. Fauci, M.D. “These new clinical trials will build upon initial studies of earlier versions of an H7N9 vaccine candidate to provide a more detailed picture of its safety and ability to generate a protective immune response to current H7N9 strains.”

The two clinical trials will test the experimental 2017 H7N9 inactivated influenza vaccine developed by Sanofi Pasteur, based in Lyon, France, supported by the Biomedical Advanced Research and Development Authority (BARDA), a component of the U.S. Department of Health and Human Services Office of the Assistant Secretary for Preparedness and Response. NIAID funded previous research on the earlier version of the vaccine. The new version of the vaccine candidate uses an inactivated form of H7N9 influenza virus collected in 2017, to increase the likelihood that the vaccine will provide immunity against a newly-evolved strain of H7N9, which is currently circulating in the wild. During these clinical trials, some participants will receive an adjuvant, called AS03, along with the test vaccine, to confirm that the adjuvant can boost the immune response to the vaccine, as previously shown for other influenza viruses of pandemic potential. The adjuvant is produced by GSK’s vaccines business, headquartered in Wavre, Belgium, with support from BARDA. Both clinical trials will be conducted by the NIAID-funded network of Vaccine and Treatment Evaluation Units (VTEUs).

One clinical trial, led by principal investigator Lisa A. Jackson, M.D., of the Kaiser Permanente Washington Health Research Institute in Seattle, will test the vaccine candidate at different dosages, both with and without the AS03 adjuvant. The study will enroll as many as 420 male and non-pregnant female volunteers ages 19 to 64 years and up to 300 volunteers older than 65 years of age. Each participant will be randomly assigned to one of five groups.  Three of the groups (at least 480 volunteers in total) will receive the adjuvanted vaccine candidate, at different dosages (3.75 micrograms (mcg), 7.5 mcg or 15 mcg).  The two remaining groups (at least 160 volunteers in all) will receive unadjuvanted vaccine (15 mcg or 45 mcg). All five groups will be vaccinated twice: once at the first visit, and then again 21 days later. Volunteers will be monitored for seven days following each vaccination and assessed for side effects, and blood samples will be tested for H7N9 antibodies. Clinical staff will follow the volunteers for one year. The trial is being conducted at VTEU sites in Georgia, Iowa, Maryland, North Carolina and Washington.

In this trial, the H7N9 vaccine candidate will be given to 150 healthy volunteers ages 19 to 64 years. Each volunteer will be randomly assigned to one of three groups. The first group (60 volunteers) will receive the investigational H7N9 vaccine with AS03 adjuvant (0.5 milliliter [ml] dose of 3.75 mcg) and the quadrivalent seasonal influenza vaccine (0.5 ml dose) intramuscularly within 15 minutes of each other on day 1 and then another dose (3.75 mcg) of the adjuvanted H7N9 vaccine candidate 21 days later. The second group (60 volunteers) will receive the seasonal influenza vaccine (0.5 ml dose) on the first day and two doses (3.75 mcg) of the H7N9 vaccine candidate with adjuvant on days 22 and 43. The third group (30 volunteers) will serve as a comparator and will receive only the seasonal influenza vaccine on day 1. Study participants will be monitored for seven days following each vaccination to assess for side effects, and blood samples will be tested for antibodies to the 2017 H7N9 virus and seasonal influenza. Some volunteers will also be tested for antibodies against other variants of H7N9, to see if the vaccine candidate is likely to provide protection as the virus continues to evolve in the wild. Follow-up for the volunteers will last up to one year after their last vaccination. The study is being conducted at three VTEU sites and one affiliated site. The sites are located in Alabama, Maryland, Ohio and Tennessee.