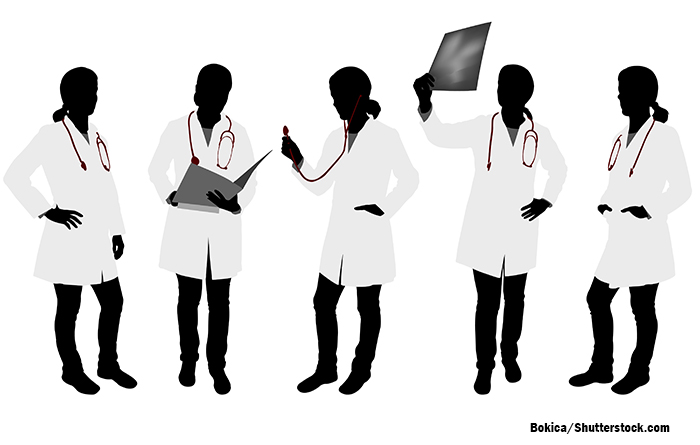 Results of a multi-center study of patients’ assumptions about health care professionals’ roles based on gender show significant stereotypical bias towards males as physicians and females as nurses. The research team, led in New Orleans by Lisa Moreno-Walton, MD, LSU Health New Orleans Emergency Medicine at University Medical Center (UMC), found patients recognized males as physicians nearly 76% of the time. Female attending physicians were recognized as physicians only 58% of the time. The research paper is published in the Journal of Women’s Health.

“Despite the fact that about 52% of all medical students are women, unconscious/ implicit bias is so strong that even when women introduce themselves to patients as the doctor, patients fail to recognize the female as a physician,” notes Dr. Moreno-Walton.

“At UMC, the vast majority of female ED physicians report that on our monthly patient satisfaction reports, only about 50% of our patients state that they were seen by a physician,” adds Moreno-Walton. “All of us know we are seeing all of our patients, but the patients do not know that we are doctors.”

This experience is a common one.

“When I do my career development seminars all over the country, I ask, ‘If there is any woman in the room who has NEVER been mistaken for a nurse, please raise your hand,'” says Moreno-Walton. “In seven years of doing these seminars, I have yet to have even one woman physician raise her hand. Implicit bias, microaggressions and the sometimes present explicit bias can do significant damage to the morale, self-esteem and confidence of health care professionals who are females and/or underrepresented minorities. This is not trivial.”