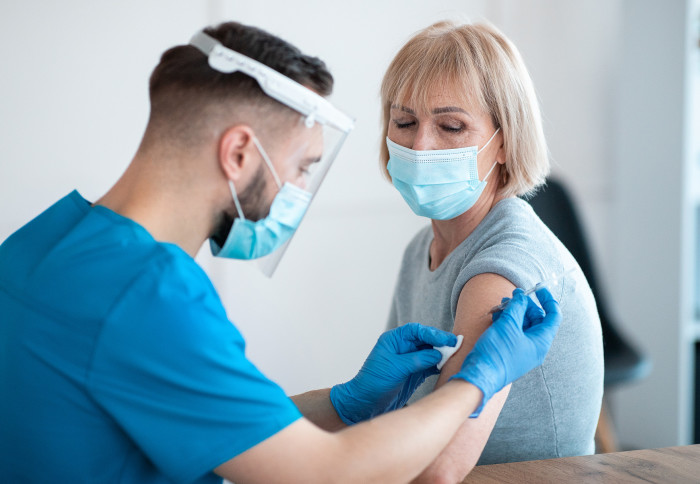 Patients receiving in-hospital dialysis treatment for kidney disease produce a larger neutralising antibody response when given the Pfizer-BioNTech COVID-19 vaccine, compared to the Oxford-AstraZeneca vaccine, according to laboratory findings published as a Correspondence in The Lancet.

It is reported that immunocompromised patients will be prioritised to receive a third dose of vaccine in the autumn, so researchers have submitted their findings to the Joint Committee on Vaccination and Immunisation (JCVI) as evidence of how best to protect this vulnerable group.

Levels of antibodies alone do not predict vaccine effectiveness and researchers are confident that for most, a complete course of either vaccine will still protect against severe disease or death.

As part of the study, led by the Francis Crick Institute and Imperial College London, the research team examined blood samples from 178 patients receiving haemodialysis treatment.

Funded by Kidney Research UK, the National Kidney Federation, Kidney Wales, the PKD Charity and several Kidney Patient Associations, the project includes patients from across the UK and will, in time, report on over 1,000 haemodialysis patients.

The researchers used robust high throughput viral neutralisation assays (laboratory tests), developed at the Crick, to test the ability of antibodies to block entry of the virus into cells, so called ‘neutralising antibodies’, against different variants of SARS-CoV-2, including Delta.

In patients who had not been previously infected with SARS-CoV-2, those who had received the Pfizer-BioNTech mRNA vaccine had six-times higher levels of neutralising antibodies against the Delta variant, compared to those vaccinated with the Oxford-AstraZeneca vaccine. The levels induced by the mRNA vaccine were comparable to those seen in healthy controls after both vaccine doses.

In patients who had evidence of infection prior to vaccination, both vaccines induced detectable levels of neutralising antibodies.

These findings suggest that patients who have not been infected with SARS-CoV-2   previously and received the Oxford-AstraZeneca vaccine, would likely benefit from an early third dose of an alternative mRNA vaccine.

Edward Carr, postdoctoral clinical fellow in the Crick’s Cell Biology of Infection Laboratory, says: “Unfortunately, the risk from COVID-19 has been much greater for dialysis patients as we’ve seen high rates of admissions and deaths in this group. The level of neutralising antibody to Delta made by haemodialysis patients, who have not had a prior COVID infection and received the Oxford-AstraZeneca vaccine, might not be enough to prevent infection with Delta.

“Importantly, we’ve found that this group (without prior infection) respond well to mRNA vaccines and we can use this information to inform future vaccination strategies.”

Dr Aisling McMahon, Executive director of Research, Innovation and Policy at Kidney Research UK, which co-funded the study, said “This is extremely timely research. We already know that many kidney patients respond less well to vaccines than the general population. The good news is that both these vaccine technologies are protecting people from serious illness. However, many dialysis patients still need to travel to hospital several times a week for life-saving treatment and so remain more at risk of catching Covid-19.

“These findings clearly indicate that dialysis patients (who have not previously had Covid-19) are unlikely to be adequately protected from the delta variant if they received the AZ vaccine. We believe that this study provides strong evidence to support a third dose of an mRNA vaccine as standard treatment as soon as possible for all immunocompromised patients who potentially remain at risk.”

Rupert Beale, head of the Crick’s Cell Biology of Infection Laboratory, said “The vaccination programme in the UK has been a huge success, but the pandemic isn’t over. As most people enjoy increased freedom, many immunocompromised patients remain vulnerable. Our data suggest that delivering a third dose of vaccine will be necessary to protect some patient groups.”

Dr. Willicombe said:“The collaborative involvement from kidney health professionals and patients in this study demonstrates the need and common goal of trying to optimise protection for people with kidney disease, who have been disproportionately affected by COVID-19.”

Football Without the Fans: New Study Reveals Effect of Empty Stadiums During Pandemic